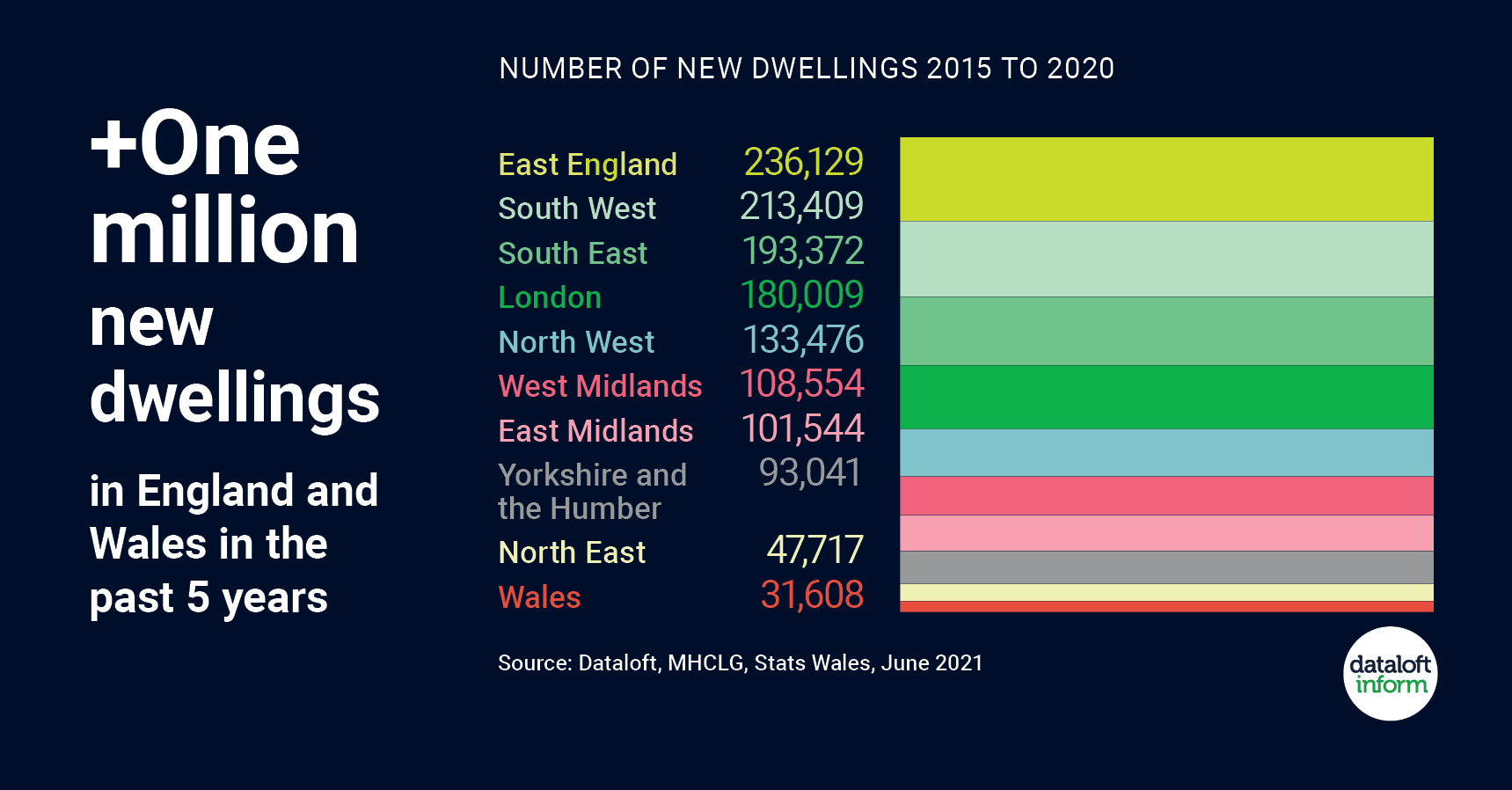 Over 1.3 million new dwellings have been added to the housing stock across England and Wales over the past 5 years, according to data released this week by the MHCLG and Stats Wales.

The majority of new dwellings, over 1.1 million are in the private sector, either in owner occupation or privately rented.

The number of dwellings has increased by 4.6% across England and Wales since 2016, the East of England and South West seeing proportionally far higher rises.

The Government has been urged to reconsider its new proposed planning reforms including its zonal approach and replacing the Section 106 levy. Source: Dataloft, MHCLG, Stats Wales, June 2021