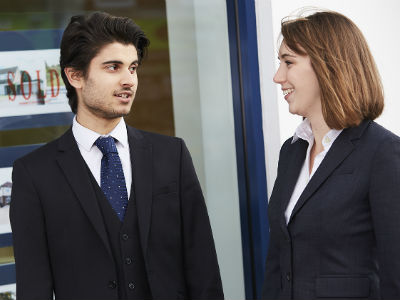 New research suggests that there is still real value in estate agents having a high street presence, with more than half of consumers in the UK preferring to communicate with agents face-to-face.

Surprisingly, online communication methods were most popular among the 25-34 and 35-44 age groups. Respondents in the 16-24 year age category favoured telephone or face-to-face interaction, with zero per cent of the same age group opting for no contact at all. And whilst those aged 55 and over preferred face-to-face contact, they were also the group with the highest percentage of respondants who preferred no contact with an agent at all.

Recent reports suggest that there are tough times ahead for estate agents, with a stagnating market and the rise of online agents, resulting in a slowing of high street property sales. However, the research shows an overwhelming desire by the majority for face-to-face interaction.

Winkworth CEO Dominic Agace said: “This survey demonstrates that having a physical office is clearly a big draw for clients when choosing an estate agent. We aren’t surprised by this, as buying or selling a property is one of the biggest transactions somebody will make and it’s reassuring to be able to pop into an estate agent’s office whenever we need to talk through things.”

Dominic continued: “This goes to show the importance of adapting to changing attitudes and offering a flexible service where clients can contact their agent in a way that suits them. It’s clear from this feedback that people’s preferences stem from lifestyle and familiarity with certain technologies, so it’ll be interesting to see how communication evolves when the younger generations start to join the property ladder in years to come.”

But he also pointed out that agents with offices must not neglect their online and digital presence: “At Winkworth, we’re focused on both building our high street presence and evolving our digital offering.”